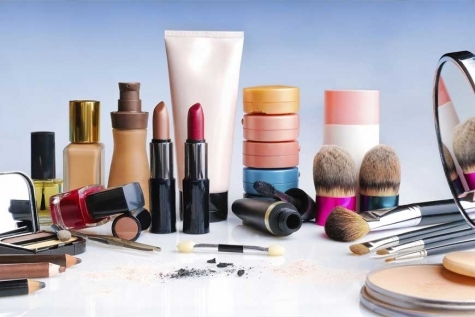 PVP macromolecules can not pass through most body membranes, such as the skin, and therefore, in addition to excellent biocompatibility, do not absorb the skin. PVP has expanded rapidly due to the lack of sensation and unpleasant skin sensation in the cosmetics industry. PVP in this industry is sometimes used by the Luviskol brand as binders, emulsifiers, suspensions, and film makers. Only 50 years after the introduction of this polymer, and in 1996, the use of PVP was reported in the Formula 395 cosmetic product to the American Food and pharmaceutical Administration. This trend is still increasing, so in 2013, the 799 formulas registered in this industry were PVP.
Since the long-term use of PVP-containing products does not harm hair, all the basic formulas of the hair gel contain PVP K90. The power of hair gel rendering depends on the grade and the amount of PVP usage. Typically, 3-10% PVP is used in a variety of hair gel types. Using hair lotion containing PVP (20-25%), since after use, a thin film of PVP remains on the hair if after a while the hair is slightly moisturized without the need for re-use of the lotion , The hair is formed easily. PVP keeps the formulation components firmly on the skin with the formation of film in liquid cosmetic products such as mascara and eyeliner. Also, the use of PVP in the lipstick formula helps to better form film and prevent any allergic reaction. PVP at a concentration of 1-5 / 0% is used as a binder in lipstick containing high levels of colored materials. In order to adjust the viscosity and increase the concentration of different types of shampoos, PVP can be used instead of carboxymethyl cellulose and its other derivatives.
PVP is well spread in emulsions and suspensions and prevents fuzzy separation during long storage. On the other hand, it is easily washed out of the surface of the skin, hair and clothing due to its water-friendliness.