Application of RT.PVP K90 in paint and resin industry 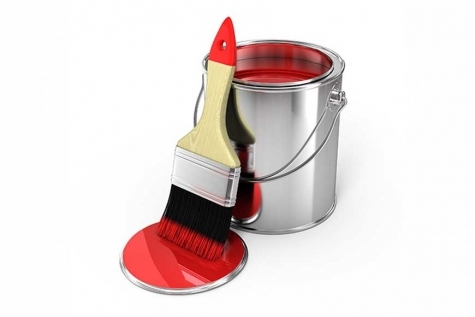 Polyvinylpyrrolidone, RT.PVP®, (In paints and resins)
RT.PVP features that make it quick to be used in a wide range of industries include:
1) Solubility in water and more polar solvents
2) ineffectiveness in terms of physiology and biocompatibility
3) Lack of sensation and unpleasant skin sensation
4) The ability to form a complex with other molecules
5) The ability to form films
6) Intrinsic adhesion
7) Specific Condensation
RT.PVP grades are presented in the form of white powder (or milky) and water-soluble in various molecular weights (Table 1).
With the use of Dairy's spray technology in the production of K30 powder, this grade is presented as a soft powder with excellent uniformity. The K30 is rapidly dissolved in water due to its lower molecular mass, but the K90 grid with a high molecular mass is slowly dissolved in water and the final viscosity of the solutions at an equal concentration is greater than the K30 solutions.The adhesion strength of the K90 is greater than the K30.
This polymer can be used as an additive in all types of edible and non-edible products in soluble, suspension, gel and powder form.

Table 1 . RTPVP grading based on K-value.

One of the common problems with emulsifying paint and emulsion coatings in water is poor dispersion, clotting or precipitation of pigments during storage. The use of PVP grades with low molecular mass (PVP K30) with the following functions leads to an increase in the quality of emulsion paints:
1. Improving the color of the product
2. Stabilizing and maintaining the composition of the pigment content in the product
3. Improved uniform coloring
In styrene-methyl acrylate emulsions, acrylic copolymer-based paints and ... The viscosity of emulsion coating is often very low, resulting in poor resistance to water, making it difficult to control the thickness of the coating.
In order to increase the viscosity, PVP grades with high molecular mass PVP K90 are also used to improve resin stability. PVP-viscous emulsion coatings have a good rinse resistance and can aggravate the phenomenon of sagging and shading in the final coating.
In addition, the addition of pvp to latex paints can increase the product's thixotropic behavior. In fact, pvp, with many hydroxylated colloids such as starch, creates a picotropic color that, when applied to the surface, takes on a gel-like state.
The 2-pyrrolidone product is also widely used as a green solvent and solvent in the manufacture of water-based inks.
An example of these formulations is as follows:
Thixotropic paint containing PVP part by weight
Part 1. Butyl diethylene glycol acetate 9
Sodium hexametaphosphate 1
Sodium benzoate 2
Sodium Carboxymethyl cellulose 6
Sodium nitrite 2
Water 166.5
Part 2. Rutile TiO2 270
Barytes 20
Water 100
Part 3. Copolymer latex(55% solid) “Vinyl acetate 75, butyl acrylate 15, 2-ethylhexyl acrylate 10”
Starch ether(1% aqueous) and ammonium polymethacrylate (1% aqueous) (1:1)
Part 4. Blend all 3 parts above : (paint blend) 300
PVP K90 (20% aqueous) 15

Finally, the final color mix is added to the PVP solution to correct its rheological properties.